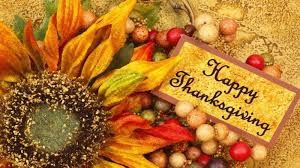 From our ministry at Pure Joy International
to your ministries and
to all of you that support our missionaries/missionary families
on their respective fields of service,
May God Bless You!

Do You Live as a secret disciple (follower) of Christ…?

I have always had a special love for the story of Nicodemus in John 3: 1-15. However, recently in one of my daily readings, I had to smile at the story of Joseph of Arimathea in Mark 15:42-47. Please pour yourself a cup of coffee or soda and take time to read the above passages and then consider the two men.

Joseph of Arimathea was actually part of the group of Jewish religious leaders known as the Council (Sanhedrin) who called for Jesus’ crucifixion. But in Luke 23:51 we see that Joseph was opposed to the Council’s decision and he was looking for the kingdom of God. Scripture tells us that he was a wealthy man (Matthew 27:57) and referred to as “good and upright” (Luke 23:50). Joseph of Arimathea is finally identified in scripture as a “follower of Christ” in John 19:38, which reads:

“After these things Joseph of Arimathea, who was a disciple of Jesus, but secretly for fear of the Jews, asked Pilate that he might take away the body of Jesus, and Pilate gave him permission. So, he came and took away his body.”

Nicodemus, on the other hand (John 3:15), was also a ruler of the Jews, a Pharisee. He also took an interest in Jesus. He came to him by night seeking to know more about Jesus. Scripture never tells us for sure that Nicodemus became a disciple of Christ. Yet, Nicodemus did assist Joseph of Arimathea in the preparation of Jesus’ body for burial:

“After these things Joseph of Arimathea, who was a disciple of Jesus, but secretly for fear of the Jews, asked Pilate that he might take away the body of Jesus, and Pilate gave him permission. So, he came and took away his body.  Nicodemus also, who earlier had come to Jesus by night, came bringing a mixture of myrrh and aloes, about seventy-five pounds in weight.” (John 19:38-39)

These two men are obviously drawn to Jesus. We know Joseph became a secret follower of Christ. We don’t know what Nicodemus’ relationship was because Scripture leaves it unanswered. But both remind me of the power of John 6:44:

“No one can come to me unless the Father who sent me draws him. And I will raise him up on the last day.”

I love that truth! No one comes unless the Father who sent Jesus draws him. When I listen to someone’s testimony I am always listening for that truth. Were they drawn to Him? It’s that leading of the Spirit that you can’t really explain, you just know.

What a picture these two men paint. One became a disciple (follower) of Christ. The other we do not know about according to Scripture. Both men were drawn.

Did Jesus draw you? Remember, no man comes to Jesus unless God draws him to Him. If he did, your life has never been the same. Did your life change? God’s word tells us in 2 Corinthians 5:17:

“Therefore, if anyone is in Christ, he is a new creation. The old has passed away; behold, the new has come.”

A Changed Life,
His,
Vickie 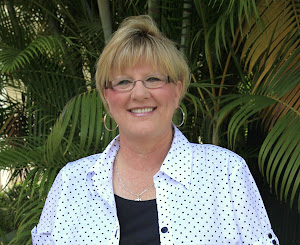